Endometriosis: Chapter and Verse Minutia From Beginning to End 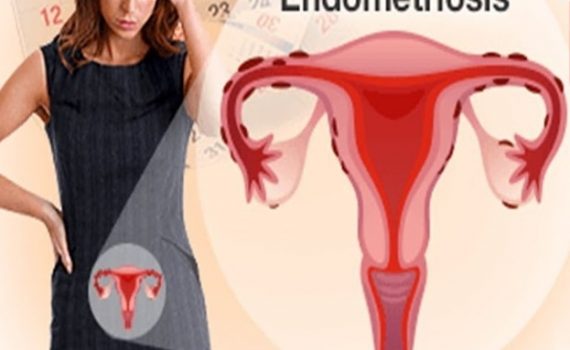 Endometriosis: Chapter and Verse Minutia From Beginning to End

What is Endometriosis; is there any best way to get rid of this disorder, what are the symptoms of endometriosis, its complications, diagnosis and its stages- these are several things, which you need to know about endometriosis. Let’s discuss all the points one by one in order to get the essential information about endometriosis.

Endometriosis is generally found to be in female’s lower abdomen, ovaries, fallopian tubes, this tissue sometimes may spread beyond pelvic organs. Women who face with endometriosis, often suffer from lower abdominal pain, she may feel pain during sexual intercourse and pain during the menstruation cycle. Endometriosis largest disorder is infertility; Yes! due to a severe level of endometriosis issue, the female won’t be able to give birth with the help of her partner. The couple has to settle on some of the fertility treatment to get pregnant. On the other hand, some of the women with endometriosis disorder may not have any symptoms at all. Fertility Centre Nepal offers the best medication of Endometriosis in marked down and affordable cost all over the world.

The stages of Endometriosis –

Mild endometriosis involves shallow endometrial implants on an ovary and the pelvic lining too. In the stage of moderate endometriosis, these occurrence starts taking place deeply on the female’s ovary & pelvic lining, more lesions, and wounds.

During the severe endometriosis level, there are more lesions on the fallopian tubes, deep and extreme endometriosis implants on the pelvic lining and ovaries.

What happens during Endometriosis disorder?

Tissue that grows outside of the uterus, they continuously act as it normally would- this tissue becomes thick, gradually it breaks down and then it bleeds with the female’s menstrual cycle. This displaced tissue becomes trapped and has no way to exit from the body.

Tissue that has developed near the ovaries is termed as endometriomas. These all the displaced tissue (if not treated earlier) slowly and gradually causes irritation to the female, eventually form the scar tissue and adhesions that may affect pelvic tissue and other organs to stick with each other. The tissue that has trapped in the female’s pelvis and has no way to exit from the body, can cause –

Is there any specific cause of Endometriosis –?

Although the exact cause of this disorder is not proven yet or not certain, possible explanations by the researchers are given below –

How Endometriosis is associated with fertility related problems?

Approximately one-third of the women with endometriosis have trouble with infertility and struggling phase to get pregnant. Between 20-30% of the cases of female infertility will have the disorder of endometriosis and this is the reason why they struggle with their childbearing phase. Endometriosis seems to affect fertility in given points-

How Endometriosis is best treated?

When we think to start our family and met our gynecologist, she told us that due to some problems in my womb I can’t carry pregnancy then we both lose our hope of becoming parents. By the time we are leaving from our doctor’s clinic one of the couples sitting there told us about FCN and also they told us that they have achieved the successful pregnancy there. Then we both decided to travel to Nepal and visit once the FCN center with a thought that maybe we can also achieve a successful pregnancy. The time we enter the FCN center we felt the warmth in the atmosphere and we are surrounded by positive energy.  When we met the fertility expert and discuss our case with them, they told us not to lose our hope because for us they have the best fertility treatment which is Surrogacy. This is… END_OF_DOCUMENT_TOKEN_TO_BE_REPLACED

We are blessed with own baby by surrogacy
END_OF_DOCUMENT_TOKEN_TO_BE_REPLACED

Thank you FCN for giving us such a wonderful gift of our life and allow us to enjoy the journey as parents of an own baby. This cannot happen without your support and efforts. It was difficult for me to come over from the cause of male infertility factor, however, FCN and team makes it possible when all other treatments were failed for me to become a father of an own child. All my credit goes to fertility experts at FCN including other staff members who helped me and provide me the best personal and medical care and the result of which is that today me and my wife enjoying our phase of parenthood happily.Thank you Guys for your supportJatin Grover

Bringing a new life into this world is a major decision in every couple’s life, however, all their dreams break into pieces when the women are unable to get pregnant after having regular unprotected intercourse for more than 12 months. The same happened with me and when I consult with my gynecologist then she told me it’s difficult for me to get pregnant because the eggs which were produced by me are not healthy enough for fertilization then my sister take me to FCN and discuss my case with the fertility expert. They suggest me the egg donation program where the donated eggs from other women will be fertilized with the sperm of my husband and then the resulted embryo will be implanted into my uterus in order to establish the successful pregnancy. My all credit goes to FCN team for givi… END_OF_DOCUMENT_TOKEN_TO_BE_REPLACED

END_OF_DOCUMENT_TOKEN_TO_BE_REPLACED

We can’t express our feeling in words that how wonderful experience is to give a birth to new life when you are unable to conceive due to the cause of infertility and all other treatments were failed to achieve the successful results for you. We want to personally thanks to all the team members at FCN to make the pregnancy possible and allow us to live a life as parents of an own baby by using the latest and modern technology equipment. I cannot thank the FCN team enough; it certainly helped to make our life very special. My all credit goes to FCN team and I wish them all the success in their life.Thanks for changing our lifeMrs. Anupama Bista

END_OF_DOCUMENT_TOKEN_TO_BE_REPLACED

When I and my husband start planning for a baby and we met our gynecologist then she told me that I am not able to carry a baby in my womb due to medical illness and if I to conceive than it could affect the health of the baby as well. We both were very scared and lost all our hopes of becoming parents of an own baby. Then someone suggests me FCN clinic in Nepal where happiness born every day. We visit this clinic and find the warmth in the atmosphere. The fertility experts including other staff members are very cooperative and supportive and after a proper examination they suggest me the best fertility treatment which is surrogacy where the eggs of other women is used and fertilized with my husband’s sperm and then implanted into the uterus of another woman who is gestational surrogate … END_OF_DOCUMENT_TOKEN_TO_BE_REPLACED

We have tried so many fertility treatments but all were failed at the time of fertilization and we are unable to understand that what is happening. We lose us all hope and health condition of my wife is going down day by day. Then my brother told me about FCN and its success rate. We visited there but many things were going in our mind. The time we enter FCN we found the warmth in the environment and positive energy around us. We met the fertility expert and she diagnoses my wife and come to conclusion that the reason for failed fertilization is the cause of infertility with which my wife is dealing but they told us that not to lose our hope because they have various treatments to treat infertility if one treatment will not work they will go for another one to fulfill our dream. Thanks to … END_OF_DOCUMENT_TOKEN_TO_BE_REPLACED