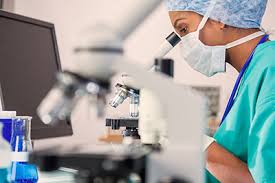 PICSI Treatment in Nepal is an advanced procedure to ICSI. ICSI is a procedure where your fertility expert will directly inject a single sperm into each egg. Until now, this was the only technique which was available to embryologists to select the best quality of sperm. But now using PICSI in Nepal procedure your fertility experts are able to determine sperm selection in much the same way it happens in human biology.

Procedure of PICSI in Nepal

PICSI in Nepal is a procedure in which your fertility expert will place the sperms of your husband in PICSI dish which contains the samples of hyaluronan hydrogel. Your fertility expert will add the prepared sperm to the micro droplet and given a period of time to exhibit binding which takes around 15-30 mins. Ability to bind the sperms to the hyaluronan hydrogel will assist your embryologist with selecting functionally competent mature sperm for injection.

The binding given to hyaluronan has shown to be correlated with increased sperm maturity and it will also improve the sperm DNA integrity and a normal chromosomal complement, which means it gives the better quality for embryos selection and pregnancy compared to conventional ICSI. According to study, it has also shown that early pregnancy loss can result from selecting compromised spermatozoa during ICSI procedure.

Advantages of PICSI Treatment in Nepal

PICSI Treatment in Nepal has proven that hyaluronan-bound PICSI with selected sperms are, in the vast majority of cases, more mature sperms, exhibit fewer DNA damages, and have the fewer chromosomal complement. PICSI in Nepal is an advanced technique which improves the rate of pregnancy and reduces the number of miscarriages with IVF.

To whom PICSI Treatment in Nepal is recommended

Below is the list of patients to whom PICSI Treatment in Nepal is recommended:

The success rate of PICSI Treatment in Nepal is around 70 to 80% which is quite high as compared to the success rate of other Western countries. The reason behind such high success rate is that it enables the fertility expert to select and introduce a sperm to the egg based on its functional quality. This is the same procedure as by which the sperms are selected in a women body within the natural fertilization process.

Cost of PICSI Treatment in Nepal

The cost of PICSI Treatment in Nepal is very reasonable and can be easily afforded by each individual. Apart from the cost and the success rate the people who traveled from other Western countries to Nepal also enjoyed their stay which has been arranged by the medical tourism companies in Nepal.