What Are the Different Types of Assisted Reproductive Technology (ART)? 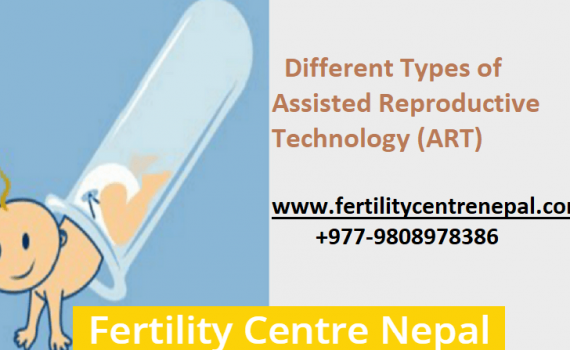 What Are the Different Types of Assisted Reproductive Technology (ART)?

Assisted reproductive treatments (ART) are the treatments which are used to assist people in achieving a pregnancy. At Fertility Center Nepal, we have various ART treatments depending on the cause of infertility. The following are the types of treatment that may be suggested to the people who were struggling to conceive a baby naturally and these are:

a) Ovulation induction: Ovulation induction is a treatment which generally the fertility experts at Fertility Center Nepal recommend to those women who are not at all ovulating or are not ovulating regularly. Ovulation induction involves taking a hormone medication which will be taken in the form of tablet or injection and it stimulates the production of the follicle-stimulating hormone. This encourages the development of one or more follicles. When the follicles are large enough your fertility expert will be administered another hormone which releases the egg from the follicle. If the couple has intercourse around this time then the chances of their conception are highly increased.

The artificial insemination is a procedure where the male partner semen will be inserted through the female cervix and into her uterus at or just before the time of her ovulation. This procedure will be performed during a natural menstrual cycle. If women are still unable to achieve pregnancy after a few attempts of artificial insemination then the other best options are IVF or ICSI.

c) Donor conception: There are several ways of donor conception is used at Fertility Center Nepal such as sperm donor, egg donor, and embryo donor.

d) IVF (in-vitro fertilization): IVF is a procedure which is useful for those women who have blocked or damaged fallopian tubes and are unable to conceive a baby. In IVF, the fertility experts at Fertility Center Nepal will collect the women eggs and mix them with the sperm of intended father or donor sperm. The eggs and sperms are then placed in a culture dish in a laboratory which allows the egg to fertilize. Once the fertilization occurs your embryologist will transfer the best-chosen embryo into your uterus. Sometimes while performing IVF there are chances that multiple embryos are developed your IVF clinic will freeze those embryos with your permission for later use.

e) GIFT (gamete intrafallopian transfer): GIFT is a more natural version of IVF where the eggs will not fertilize in a culture dish in a laboratory. GIFT is a procedure where the fertility experts will retrieve the women eggs from her ovaries and inserted them between two layers of sperm in fine tubing. After that, they fed this tubing into one of the woman’s fallopian tubes, where the egg and sperm are left to fertilize naturally. Nowadays, the GIFT procedure is very rarely used. However, this can be sometimes used as an option for couples who do not wish to undergo for IVF and the fallopian tubes of women are in working condition.

f) ICSI (Intracytoplasmic sperm injection): ICSI is a procedure which is mainly used to treat the male infertility factor where the fertility experts at Fertility Center Nepal will directly inject the single sperm into women each egg to facilitate fertilization and once the fertilization takes place the resulted embryo will be placed into the women uterus to achieve successful pregnancy.

g) Surrogacy: Surrogacy is a procedure which is used by those women who face difficulties in carrying a baby in their womb due to some medical illness with their uterus. In such cases, a surrogate mother is hired and she will carry the baby in her womb and hand-over the baby to his/her intended parents after the baby born. The surrogacy is of two types (i) gestational surrogacy and (ii) traditional surrogacy.

(i) Gestational surrogacy is a procedure where the eggs and the sperms of intended parents are fertilized together and the resulted embryo will be placed into the uterus of the surrogate mother. In this case, the surrogate is not the biological mother of the baby born as her eggs were not used for fertilization.